Hello & welcome to Jessica Magnin’s Website. I am so grateful to have you here and feel blessed that you are taking the time to navigate within my world. If you’d like to be informed of all the new changes, articles, retreats, workshops & all, please be my guest & subscribe to my monthly newsletter. You’ll … END_OF_DOCUMENT_TOKEN_TO_BE_REPLACED

An Affair of the Heart Practice for Compassion Luang Prabang, Laos Doors open and close a hundred times throughout the day. Such is life. Curious and receptive attention is needed to know when a door has opened inviting you into the kingdom of the heart, potential change and deep connection. May it be an encounter, words … END_OF_DOCUMENT_TOKEN_TO_BE_REPLACED

(the informal) I was born to connect and be connected; to inspire and be inspired. Multi-facetted, complex and yet authentically simple, I am sensitive, introspective, intensely passionate, an introvert and an extrovert in the same breath. Playful at heart, I shoot for the stars, living life with purpose and celebration. My daily practice is showing … END_OF_DOCUMENT_TOKEN_TO_BE_REPLACED

Arrived last night exhausted after digesting 3 long flights. Passing customs, we stepped onto the street into the balmy evening in search of a taxi to transport us and our backpacks to the centre of Phnom Penh for a mere 7USD. The 30-minute drive weaving in and out of tuk tuks, cars and motorcycles with frequent honks and stops and starts offered us a small introduction into Cambodia’s capital and second most popular tourist destination.

Set in the heart of Phnom Penh’s colonial district with the Royal Palace just minutes by foot, we settled on a small yet simple guesthouse with a pool for Noa on tiny off street called ‘’Saint’’, possibly a hint from divinity, as we would soon meet many many saints. Sarat warmly greeted us at the white rod iron gate lead, up a narrow open- air staircase lined with candle lit votives, passed a beautiful terrace suspended over a calm residential street where kids shoot marbles, mothers cook and their spouses play cards for high stakes, through some large glass doors and into a spacious lounge with a wooden counter acting as a front desk. Sleepily we handed over our passports, two of them that is. In the short time from the airport to the guesthouse we had managed to lose one en route. Within seconds we realized that this was not a good thing but Sarat and Arun with calm gentle smiles assured us that there was nothing to worry about tonight. We wondered but this became the mode… tomorrow.

Our room was on the 2nd floor of this 1950’s home of 8 guest rooms in total. Up a winding wooden spiral staircase, we entered a spacious white walled tastefully decorated room with colossal ceilings, a suspended mosquito net that we never used, and tiny bathroom. Noa was interested in one thing only, the mysterious pool which we questioned it’s where abouts. The building was constructed in height with the kitchen on the ground floor, the terrace and a few rooms on the second, the third housed another few rooms so we supposed that the pool was on the roof. Intrigued, we had a look. No pool but remembered that it was advertised. Sarat, looking as calmly as could be in a very friendly voice repeated ‘’Oh, no worries, I will call my friend who has a tuk tuk and he will take you over to the pool of a friend of a friends’’. That was it, as simple as that like the passport and many other things to come.

Despite the lack of sleep, we descended the spiral stairwell, passed the glass doors, down the candle lit steps and though the iron gate onto Saint St., which was poorly illuminated. Just meters from the entrance, off the curb and in the gutter Noa saw a white cross. Sure enough Sarat was right. The saints were with us and the third passport turned up as mysteriously as it had disappeared.

We slept like logs, had an amazing breakfast and set out on foot for an all day walk through horrific traffic, suffocating heat, an array of smells ranging from sweet incense to ”you don’t want to know what”, piles of rubbish and warm inviting smiles. Made contact with Isabelle, a Canadian, who founded Nataraj Yoga and who would supply us with a bit of karma yoga. She is another saint doing incredible work in the midst of chaos teaching ex-pats and also highly dedicated to promoting community outreach programmes. She is strong, balanced with a great sense of warm-hearted humor: www.yogacambodia.com.

We visited S21 (Tuol Sleng or poisonous hill or worthy of guilt), the equivalent to Auschwitz, a local school that was turned into hell during the 1975 Pol Pot regime. Thousands of children, adults and foreigners were tortured for months in ways you could never imagine. Some just too graphic photos (not for the weak hearted) for even the most demented to digest where floors of former classrooms were divided up into torture chambers and primitive individual cells that one wouldn’t dare house a pig. Enough to question humanity and its goodness and cause nightmares for even the deepest of sleepers.

Caught in a 10-minute rainstorm, which was actually a welcome surprise. Stopped for dinner. Washed down fish Amok with cold beers and fresh lemon juice. Tomorrow, up early to visit the Killing Fields before meeting with Isabelle for our karma yoga.

The journey into the unknown has begun and there is no turning back. 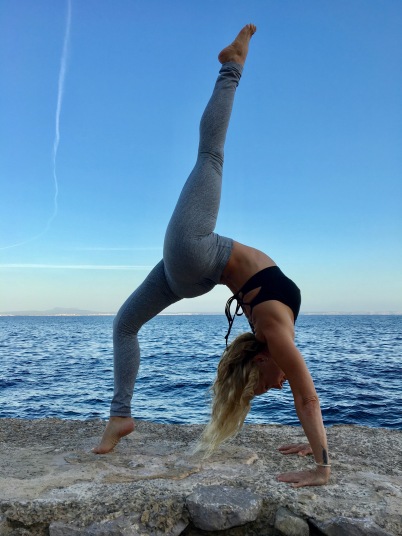 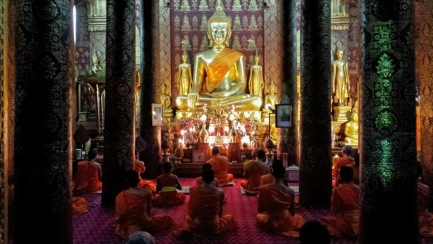 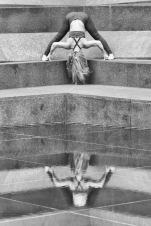 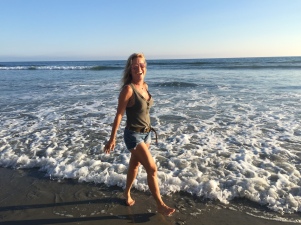 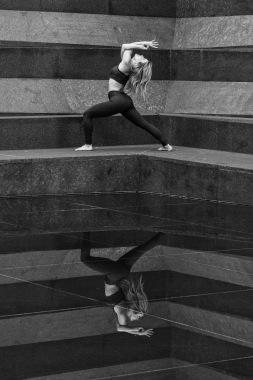 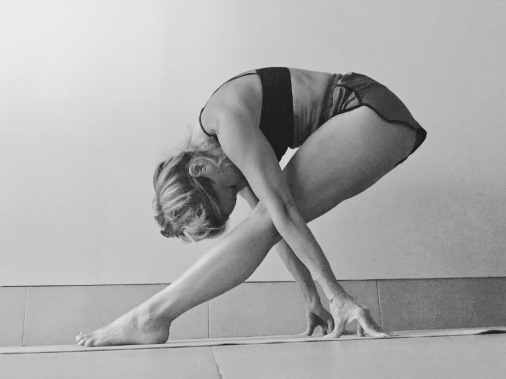